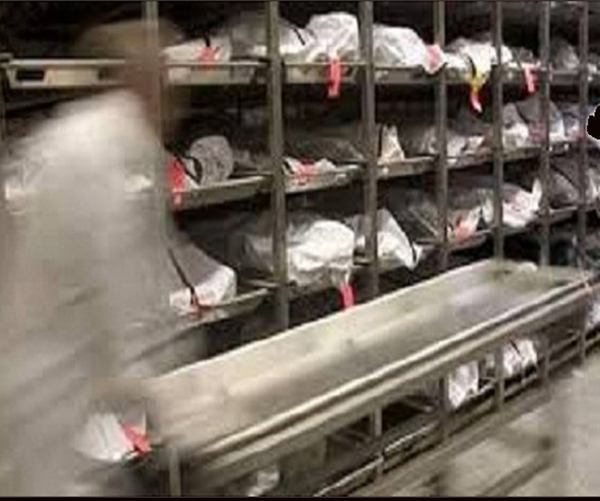 Walk through movie at page bottom

This large beautiful abandoned funeral home once served as a mansion to an early pioneer of the city it is located in, it then turned into a funeral home in 1949. The building dates back to 1897 when it was built for just over $10,000.

Much of the charm and ornate woodwork of the original mansion is still visible from the grand staircase to the original owners hand crafted wooden desk and a classic bell in what was once a billiards room, as well as original fireplaces.

The abandoned and empty funeral home was deathly quiet, and it was like a maze going to and from all of the different rooms and hallways.  On the main level there was a chapel, many rooms which served the thousands of funeral services over the years, and also a grand staircase with an ornate carved wood newel post.

Up on the second level of this abandoned funeral home where the staircase winds up to there are more vexing rooms and waiting areas, at the top of the stairs the room is decorated with the original wood finishing, the office and desk of the original owner who had the mansion built in the late 19th century.

Also. on the second floor i approached a door with a security lock on it, obviously a section of the building that was off limits to the general public and mot as sanitized and nice looking.  I came to a door with an interesting sign on it and I knew I was in for a real treat once I walked in: