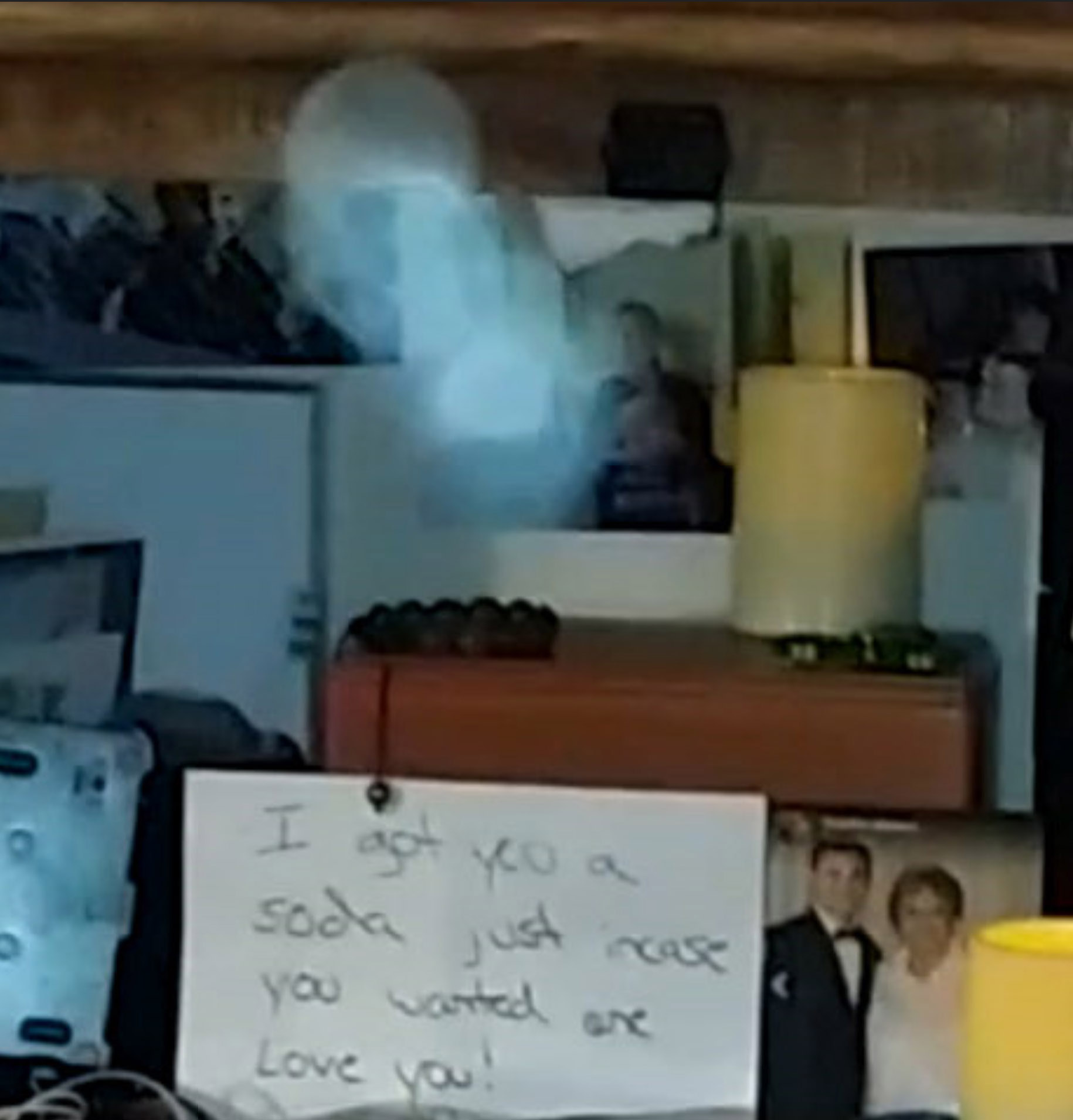 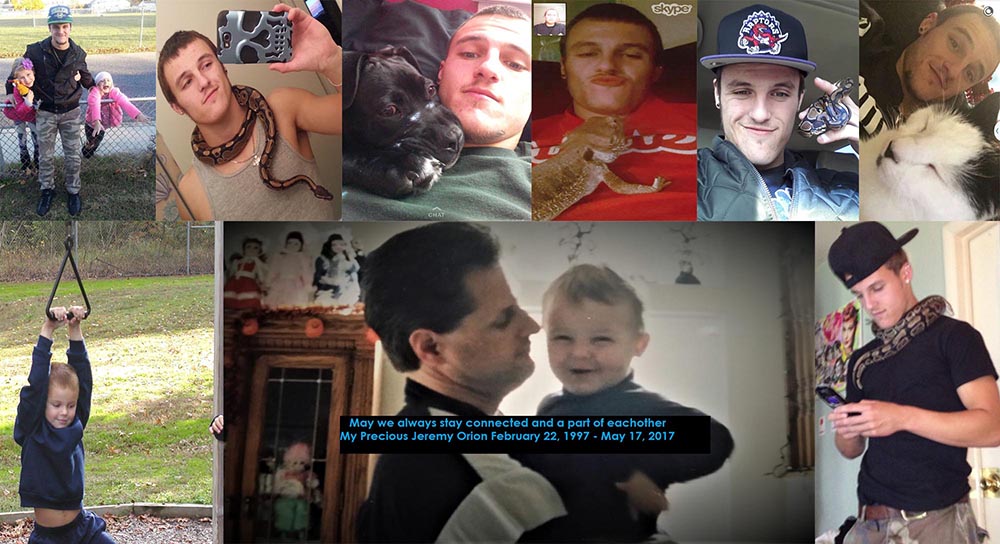 Jeremy Orion Passon February 22, 1997 to May 17, 2017
First and fore most this is a story of a connection between my son Jeremy and myself that continues after his death. I created afterdarkclub.com to study and reveal all sorts of phenomenon. As my son got older he too became interested in finding the strange and unusual. Little did I know that my greatest validation that there is a conscious existence and a willful connection beyond this world would be brought to me by my beloved son Jeremy Orion Passon.
My son had gotten involved with the wrong people. He developed a drug addiction and was exposed to many bad things as a result of it. He came to live with me after drug rehabilitation and without my knowledge became reacquainted with the worst of the people he could be involved with. What appeared to be a drug over dose the morning that I found him now appears to be murder. His phone shows evidence that he was sneaking out and meeting with certain individuals who eventually injected him and placed his body into my home. I do not wish to disclose any details more than this as it is still under investigation.
Several days after his death I was visited by one of Jeremy’s friends that lives in my neighborhood. He had asked; “Have you looked with an EVP or camera to see if Jeremy is still around”? I replied I have not. So we used cameras first to see if there was any sign of my son. I recorded a bright orb that followed and passed my son’s friend. I showed him the recording and we both got together the next evening to use the EVP recorder and cameras. Although I have done this numerous times before, This was my son that I was seeking and apparently getting evidence from. I found it more comforting than adventurous.
The next evening we placed an EVP recorder on the floor of my bathroom where I found his body. I had asked; “ Jeremy, do you know what I felt and what I went through when I came downstairs and found your dead body? Do you realize what I went through attempting CPR and mouth to mouth. Hearing bubbling from your chest”?
On the recording some time after I asked that, some sounds were heard. I slowed the recording down four times and the words “I’m pissed off” can be heard in a low whispering voice. Jeremy’s friend used an android app and recorded the words, I’m dead? – Oh God, No!.”
I continue and have continued to record and photograph events ever since. This is why I have not updated afterdarkclub. Some recordings and images I will share here, others I choose to keep private.
A month after my son’s passing I was approached on Facebook by a man who stated that both our children were hurt by the same person but in different ways. He wanted to explain further in person. I went to his home to discuss details. Before I left him, I told him of the events that I was experiencing and recording. His home has 60 cameras that cover the entire property inside and on the grounds. I stated do not be surprised if you see a bright orb, or some other strange events. In the early morning hours, I received a text with a video. A security camera that covered his front property and driveway shows a bright orb moving around the time and date of his video. Over time what appears to be my son as a white orb has evolved into a bright blue light. Not always round. It changes shapes, mimics things around it, and at times is very large. It has been recorded in video and photographs both n the bright sun light and in total darkness. This man has also seen my son as a blue orb and sent me a video of that event too. 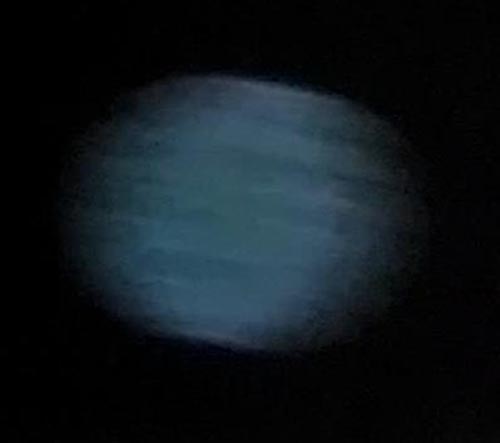 Blue orb with face. Look closely and you will see lips, a nose, eyes and brow above the eye to the right. 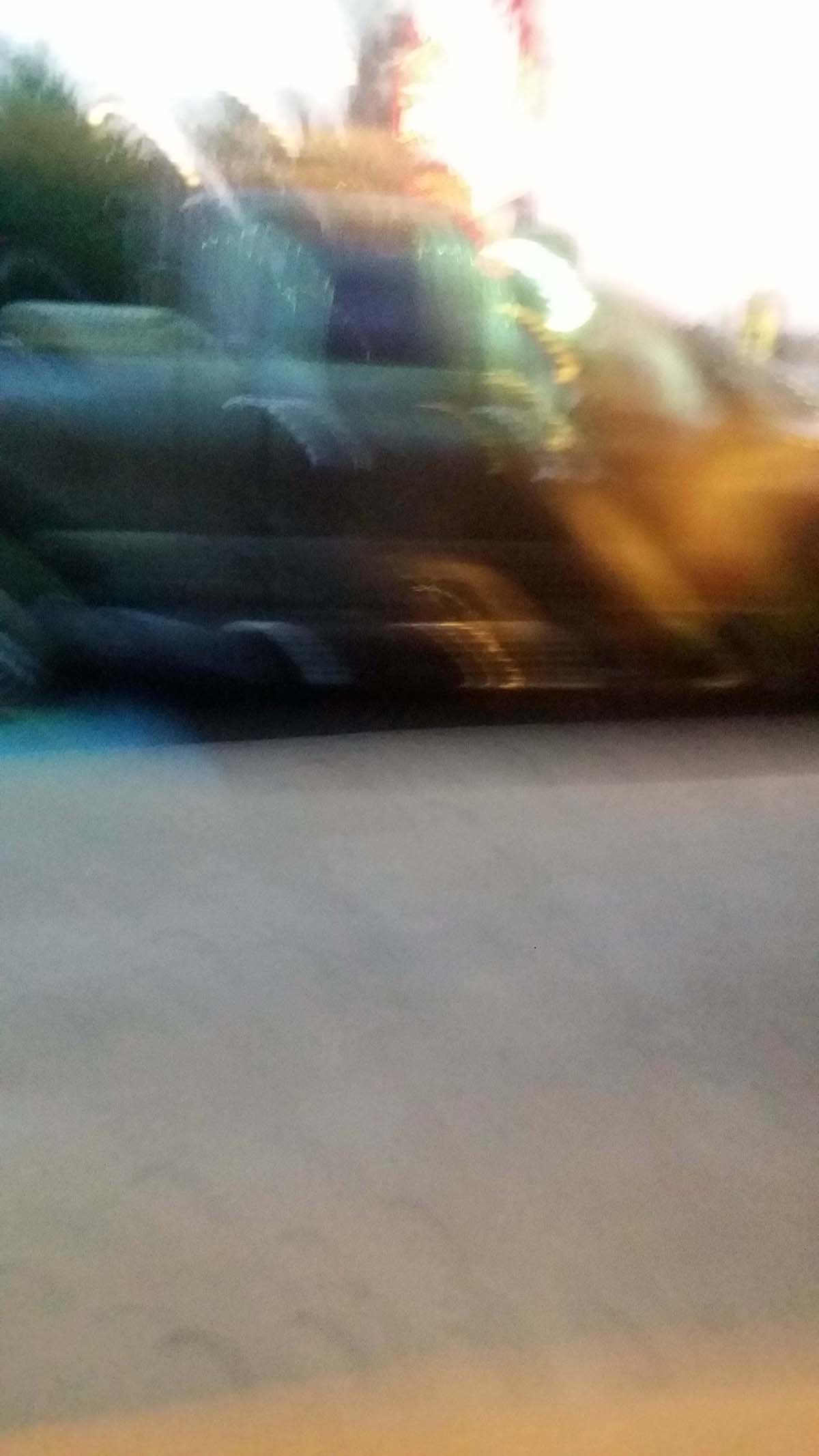 I have more media and larger photos on the afterdarkclub.com site